Show employees how to use social media wisely and appropriately 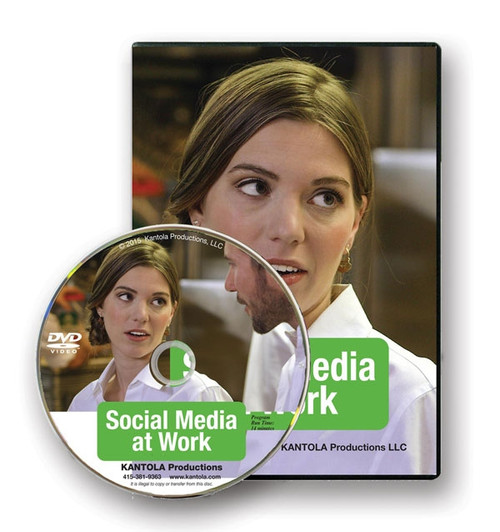 Alert your employees to online hazards and show them how to use social media wisely and appropriately.

Social media is everywhere—including our workplaces. While it can serve useful business purposes, it can also open the door to hackers, circulate rumors and abusive comments, create public relations nightmares, and be a real drag on productivity.

In fact, many employees spend up to two hours every workday on non-business related websites—often not realizing how their multiple side-trips can consume their time and lead to other problems, as well. And it's not just during the workday. After-hours posts can also have an impact if they violate policies or cause friction between coworkers.

So how do you avoid the dangers of potential harassment claims, exposure to computer viruses and malware, and release of confidential data? And how do you convince employees that spending too much company time on social media is just not OK?

This award-winning video will help. Dramatic scenes filmed on location in a variety of industries show:

Technology cannot be avoided—few of us could get our jobs done without it. But it needs to be used wisely and appropriately. Take advantage of this new release to make an impression on employees: “Do your own stuff on your own time and THINK before you post.”

Developing Others Through Coaching, 1-day workshop

UNZIP-it! with Getting To Know You Conversation Card Deck